“One of the greatest skills a historian can possess is to make readers feel as if they have stepped back in time to witness the characters, places and events they describe. In her stunning composite biography, Helen Rappaport achieves this to dazzling and, at times, almost unbearably poignant effect. ”

On 17 July 1918, four young women walked down twenty-three steps into the cellar of a house in Ekaterinburg. The eldest was twenty-two, the youngest only seventeen. Together with their parents and their thirteen-year-old brother, they were all brutally murdered. Their crime: to be the daughters of the last Tsar and Tsaritsa of All the Russias.

In Four Sisters acclaimed biographer Helen Rappaport offers readers the most authoritative account yet of the Grand Duchesses Olga, Tatiana, Maria and Anastasia. Drawing on their own letters and diaries, she paints a vivid picture of their lives in the dying days of the Romanov dynasty. We see, almost for the first time, their journey from a childhood of enormous privilege, throughout which they led a very sheltered and largely simple life, to young womanhood – their first romantic crushes, their hopes and dreams, the difficulty of coping with a mother who was a chronic invalid and a haeomophiliac brother, and, latterly, the trauma of the revolution and its terrible consequences.

Compellingly readable, meticulously researched and deeply moving, Four Sisters gives these young women a voice, and allows their story to resonate for readers almost a century after their death.

Listen to the first chapter “[Rappaport] brings to Four Sisters an encyclopedic knowledge of the minutiae of Nicholas and Alexandra’s family life . . . Four Sisters is a study in unity. It demonstrates resoundingly the strength of family ties”

“A gossipy, revealing story of the doomed Russian family’s fairy tale life told by an expert in the field.”

“Rappaport, with a light hand and admiring eyes, allows the four Grand Duchesses to grow on us as they grow up.”

“Rappaport captures the sisters’ thoughtfulness and intelligence. Readers will be swept up in the author’s leisurely yet informative narrative as she sheds new light on the lives of the four daughters.” Latest Articles and Media about The Romanovs ‘It was Mister Heath who frequently reminded his imperial pupils of the English saying that aristocrats are born but gentlemen are made.’ It may be fiction but there is no doubt that it exploits the same tired old myth-making about the Romanovs that many Romanov historians and aficionados such as I are sick to death of seeing and reading about. It is time all these false claims and their attendant mythology were finally closed down… 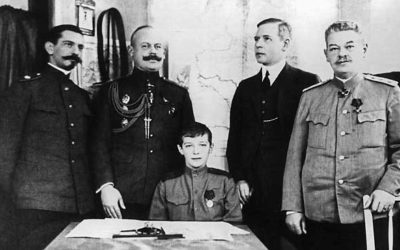 The Last Days of Sydney Gibbes

It was something of a tradition in the Imperial Family to have non-Russian tutors and nannies for their children. Perhaps the best known of them all was the English tutor Sydney Gibbes who taught first Anastasia and Maria and later Alexey the Tsarevich. 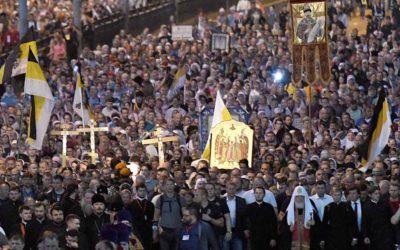 The huge numbers of pilgrims who travelled to Ekaterinburg  – not just from within Russia but from all over the world –  are a testament to the enduring power of the Romanov story and the strong sense of identification that many Russians have, still, with their murdered Imperial family… 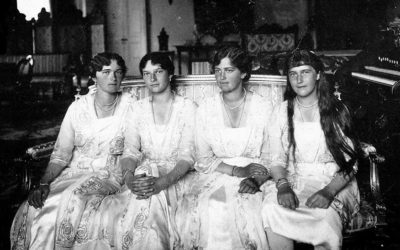 Going out into the Koptyaki Forest where the family’s bodies were dumped after they were murdered in July 1918, left an indelible impression on my mind and my creative imagination. I wanted, with a passion, to tell the story of those four lovely, much photographed but historically neglected sisters…